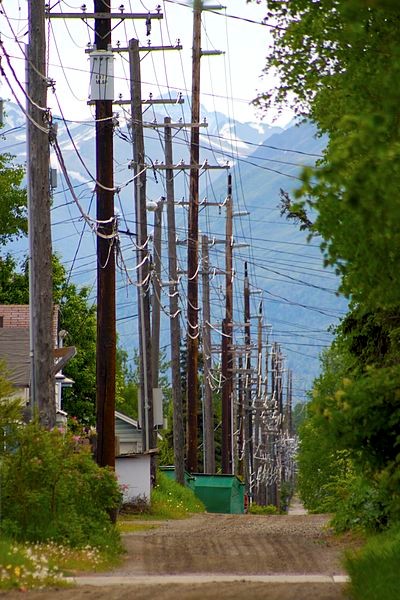 We do that mostly by burning a resource like coal or natural gas to boil water, which makes steam, which turns a turbine, connected to a generator.

Heat from a nuclear reaction or a geothermal well are other ways to make steam and turn a generator.

Water held behind a dam, then released to flow through turbines, turns generators without having to produce steam.

All these generation systems produce emissions—like water vapor, CO2 or other gases, particulates, or a small amount of nuclear waste.

And all of them are available on demand, which is very important, because we can’t store electricity very well at scale. So it must be made when we need it.

Wind, too, turns a generator. It makes up about 1 percent of global power generation.

Solar, the only one to produce electricity without a generator, makes up another 1 percent.

Wind and solar produce no emissions. But they have other environmental impacts, in mining materials, manufacturing, the large amounts of land they occupy, and eventual disposal.

And because they make electricity only when the sun shines or the wind blows, we have to back them up with other power sources.

The modern world depends on our electricity system, and it’s something we’ll talk more about.

Synopsis: We all depend on the electricity that comes from our light switches and the plugs in the wall, but where does all that power come from? It takes a lot of work to turn raw energy sources into power, but the basic principles behind making electricity can be seen in two easy recipes.

Recipe 1:  Electromagnetic inversion is the real workhorse for electricity generation.

Recipe 2: The photoelectric effect—the ability of matter to emit electrons when photons from sunlight hit its molecules—provides supplemental electricity from the sun.